July 30, 2015
I just tried to log onto Storynexus after a good number of months of not doing so, and was quite saddened to notice that they have removed the "Create Your Own World" button that was the front door into the author tools.  Storynexus allowed authors to create choice-based quality-driven card-drawing epics with a limited version of the tools Failbetter Games used to create Fallen London (née Echo Bazaar.)  If you've played those, or perhaps one of its ugly step-relatives (Kingdom of Loathing or Legends of Zork) you might be familiar with the style of narrative presented in increments which limits play to a doled-out number of actions that recharge slowly over time, or more quickly for a subscription or varying small fees. 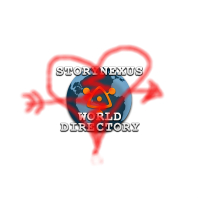 Storynexus and another creation system called Varytale were sort of the yin and yang of the same DNA: Each allowed an author to manage an interactive narrative divided into sections for which readers pay tokens to read and make choices in.  The tokens allowing action would refresh slowly up to a certain limit over time, or more quickly with a subscription or monetary purchase.  Players who can't or won't pay can also experience a game at a slower pace and perhaps spend more time creating revenue from ad impressions on the site (even though Storynexus never did this.)  Where Varytale played slow and stately like a sturdy novel with potentially randomized chapters (utilized most successfully in Bee, Emily Short's most personal work) Storynexus tales play like a board game on crack.  Infinitely randomized and filtered decks of unique cards offer multiple branching choices to play, shorter, glossily-suggestive prose blurbs suggest more plot than they actually describe, and generally large numbers of "quality" values simulate everything from hit points to relationship progress to bullets to mystery clues.  If you've played Fallen London, you know how deep the underworld can go.

My first IFComp game, Final Girl, was created in Storynexus.  As far as I know, it was the only Storynexus game ever submitted to any comp (besides Failbetter's own aborted "World of the Season" comp of Storynexus works.)  For me it was a success, being the first publicly playable game I had ever created.  Reactions varied wildly: mild disinterest (I have to register on a website?) to utter disdain (I will not register on a goddamn website to play your game which I am scoring ZERO WITHOUT EVEN PLAYING IT!) to things out of my control (Game would be better if the website was faster) to the nearly unbelievable report of a reviewer who was compelled to play enough times to see every randomized ending...  I proudly wielded the Golden Banana of Discord that year and was shocked to get a very flattering XYZZY nomination for "Best Use of Innovation".  Not too shoddy for a first-year author, I suppose.  I'd managed to cram music into a card game and used the Fallen London engine meant for years-long epics to make a two-hour randomized, replayable game about slasher movie tropes.

It was known among the dedicated forum community that Failbetter was struggling to keep Storynexus off the ground.  Authorities had opined that the system needed just one solid user-created game with a fraction of Fallen London's steady earning potential to keep it afloat and worthwhile to continue spending development hours on.  One game, Zero Summer, tried its best.  A high-profile publishing crossover was attempted with the daring The Black Crown which was infused with disturbing body horror and pseudo ARG elements.  Both Yoon Ha Lee and Meg Jayanth (who would go on to write Inkle's transcendent hit 80 Days) created mysteriously beautiful and popular Storynexus worlds.  Another ambitious project called Below failed a Kickstarter but was continued personally by the author, who managed to twist the engine's capabilities and produce a rip-roaringly good dungeon dive that provided a replayable rogue-like feel.  Despite all this, Alexis Kennedy and Failbetter didn't see the numbers they wanted and did what they needed to do to avoid firing people: they froze Storynexus in its tracks.

Gallantly averting standard corporate behavior (immediate hatchet to the umbilical!), Failbetter managed the reorganization of resources as painlessly as possible for their dwindling stable of still-devoted creators and left the toolset available online, assumedly with the "drive the car until you have to leave it on the side of the road" sort of mentality.  Several highly anticipated new features (hosted customizable art!  css world customization!  social multiplayer! meta qualities that carried over into new stories!) that had yet to be implemented were abandoned or hacked in swiftly. They could justify leaving Storynexus as it landed, they just couldn't afford staff to expand and actively support it any longer.  The work-hours would be better repositioned on their highly anticipated upcoming graphical spin-off Sunless Sea.  Storynexus, for all practical purposes, was left to become a beautiful ruin. 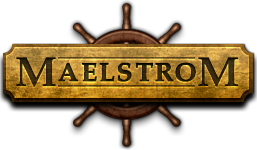 This became most apparent when Final Girl, which had been chugging along for a year or so and hosted over 2500 individual player characters through it, started alerting me to bugs that players were submitting.  Such a complicated game had a couple of loose floorboards, and Storynexus had more than once managed to autonomously chew up and spit out another world of mine enough that Alexis Kennedy had to move it to a completely new author account for me, (humorously grumbling how only I was breaking the laws of physics so consistently) so I was used to occasionally resetting players' games to fix qualities that would occasionally go out of range.  This time I realized that something horrible had happened: There are nearly 200 cards in the game, each having individual settings that keep them in separate "piles" that the engine recognizes as being used during different stages of play.  At some recent point, the server had apparently sneezed all these virtual piles together into one big unsorted pile. The setting that had kept track of how cards worked had been set to "Default" on every single card.  This resulted in every potential card being valid for play at the same time.  The Skull Lake Stalker would come flying out of the woods immediately upon a player entering a name, and attempt to chip away at the player's as-yet nonexistent hit points (nonexistent since Mrz. Player hadn't even gotten to the prologue yet.  All the cards would fight to the death in the deck to vie for the player's attention simultaneously.  I did submit a ticket (keeping my hopes appropriately low) to see if there was some kind of backup facility in a disused lavatory over at Failbetter that might be used to repair the game without my having to tear it apart from the beginning.  My support ticket went unanswered.  Rather then complain further, I then figured I'd rather not spend my own limited work hours combing through Storynexus qualities on what might be a platform whose doom was politely unspoken, I decided instead to shut the game down and do a remake in another system.  Music tests proceed in Inform 7 and ChoiceScript--this is probably my third-burner back project in the prototype stage.

Part of me wishes Failbetter would have been able to hold out for another year in an attempt to potentially breach the strange waist-high walls that separate parser fiction and choice fiction and benignly insular communities like Choice of Games and Choose Your Story and Quest.  In the time since Storynexus, Choice of Games has taken off and is apparently making a viable business of Interactive Fiction.  I wonder what might have happened if some of the more tenacious new game developers who've all got an epic in them and are now possibly feeling limited by Twine had gotten a chance to discover and fully exploit the epic storytelling tools Failbetter Games tried to give us.