THE CRADLE OF EVE by Kitty Horrorshow 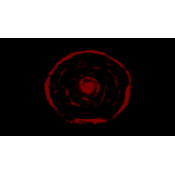 You are part of a crew of four investigating a 32 year old derelict space ship. To say that standard space exploration horror tropes ensue is sort of accurate, but not in a bad way. It's a bit Event Horizon, but this is not a story about bloody alien/demonic rampage, although violence does occur.

Instead, it's a personal narrative that plays with agency. It's more of a game than the last few Twine stories I've reviewed, giving you choices at the story level instead of the "turn right at this hallway" level, which works very well. The story can play out at least three different ways, although with the same general outcome, but each one is surprisingly different and provides a smidgin more information about what's going on.

Lots of imagery is very well-written. I especially liked the description of the sense of infinite emptiness crossing from one ship to the other, and a description of weightlessness evokes spectacular imagery in the mind.  The view from the bridge is similarly awe-inspiring:


The ruby star floats grand and imperious, dominating the viewport with its immensity. Its light recalls late Earthbound dusks after long days of rain, when the whole sky would turn crimson and furious before settling into a warm, rejuvinating night. You think about the terrestrial planets in solar systems that orbit stars like these, how their days might always be like that, no matter the time. Always dusk.

Outside the viewport, nearer than the sun, catches your eye. You walk forward and narrow your eyes to see. A number of objects, tiny and legion, silhouetted against the star's crimson backdrop. The first thing that comes to mind is an asteroid belt.

Originally I thought there was no denouement, until I tried one of the separate paths at the main fork. It is here that the story changes. I initially believed this was a false choice and would have the story end the same way, but although what happens is the same, there are three slightly different how paths here.

I liked The Cradle of Eve a lot. It has a very sure sense of its world, and changes the endgame of the story completely depending on your choice, although there's no way to change the outcome that I actually found. On first play I thought I had the whole story, and only playing the other two branches did I get the information that I actually wanted.

Definitely play through if you get a chance.  This feels like a treatment for an interesting short theatrical or TV film.   Spoilers ahead:

My only curiosity is whether the seed/entity is malevolent. It obviously probes your mind and uses your memories to your advantage, forcing you to kill two or three of your crew members and otherwise effectively stranding or abandoning the third if she's not killed. It also got rid of the entire original crew of the ship (detailed how if you take the branch to go up to the bridge.) I realize it's obviously taking an opportunity to get planted, finding a way to turn your sympathy towards it. I suppose in the fiction of your character it doesn't matter if you are destroyed or co-exist with the plant. Likely it's just the survival instinct that makes it do what it does, but why did it strand itself alone on the ship instead of doing this will-hijacking thing with one of the original crew?
cyoa twine